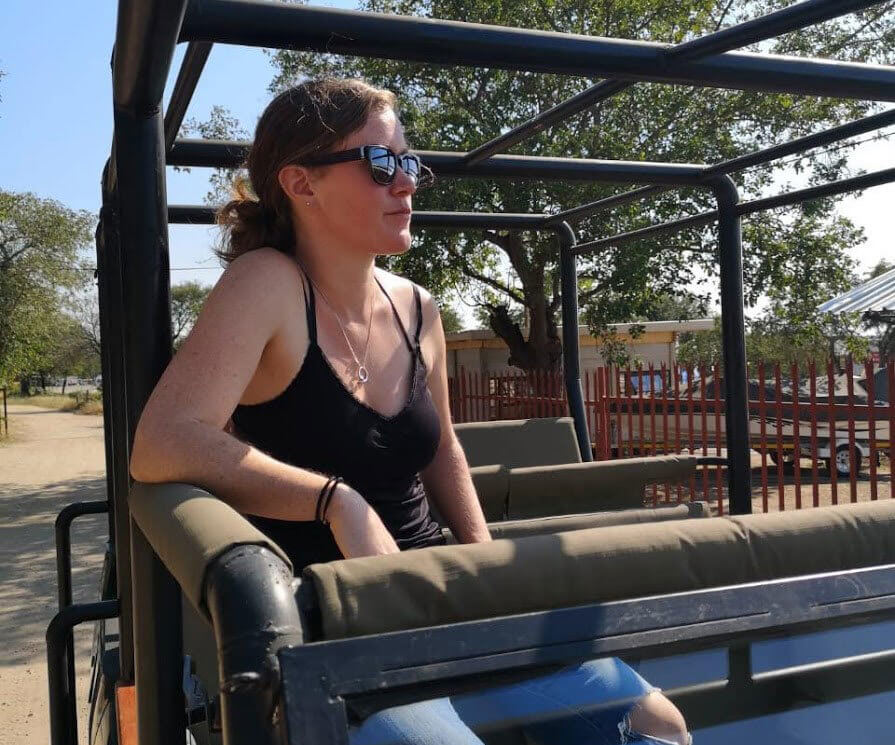 Kristen (Blyth) Stone ’11 worked as an English teacher and journalist in Russia before moving on to a consulting career in South Africa and New York.

Before leaving for a Summer Language Abroad program in St. Petersburg, Russia, after her junior year, Kristen (Blyth) Stone ’11 had never been outside North America.

After graduation, she spent seven years living and working abroad in Russia and South Africa. 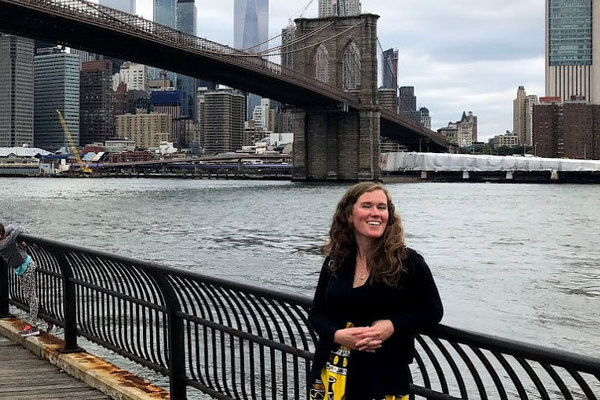 Stone in New York, where she now works as an associate director of corporate intelligence for S-RM.

“My summer study abroad was part of what prompted me to move to Russia after I graduated,” Stone said. “I learned a lot about my ability to thrive in an unfamiliar situation, I learned a lot of Russian, and I made some really good friends.”

Stone, who majored in Russian and political science and minored in education, schooling, and society, worked as an English teacher and then a journalist in Russia.

When a war in Ukraine began, Stone moved with her husband to his native South Africa and took a job with S-RM, a risk consultancy company. She now serves as an associate director of corporate intelligence in S-RM’s New York office.

Through it all, she credits the education she received in the College of Arts and Letters — and specifically her Russian classes — with equipping her with skills that have formed the foundation of her success.

“The Russian program’s influence has been transformative for what I’ve gone on to do with my career,” Stone said.

“The beauty of a Notre Dame Arts and Letters education is that I’ve really developed a wide variety of skills. If I wanted to leave this profession and go back to journalism, say, or try something different, I would really be well prepared to do that.” 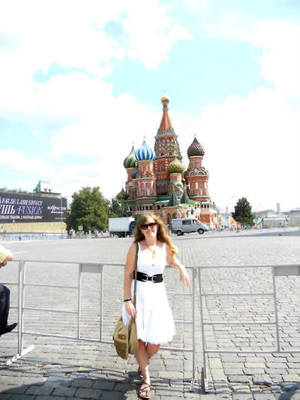 Stone arrived at Notre Dame from her childhood home near Boulder, Colorado, intending to study medicine. But early on, she changed course and decided on political science, in part because of its wide applications.

Adding a major in Russian was more of a personal challenge for Stone.

“I chose Russian because I was also interested in languages, and I wanted to choose a difficult one,” she said.

Stone’s experience in the Department of German and Russian Languages and Literatures has shaped her life and career since then. She and her classmates developed a close bond with the faculty in the department’s collaborative, challenging academic environment.

“Going to school with that group of students and that group of professors — who were really excellent and kind mentors — really inspired all of us to go on and pursue Russian after graduation,” she said. “And that has defined everything I’ve done since then.”

Stone hopes that everyone can find that kind of family environment in their field of study.

“I’ve really appreciated having that experience and those memories at Notre Dame,” she said. “That group has been so special for me. Lots of us are still friends and keep in touch.”

A student of the world

Stone has relied on the skills she gained through a liberal arts education — in language, writing, interpersonal communication, and research — in a variety of contexts since Notre Dame.

She initially moved to Moscow as an English teacher, but after about nine months, grew increasingly interested in journalism. Stone began freelancing for the Moscow News, an English-language newspaper publication, and she soon was hired full time at the publication’s affiliated policy agency. 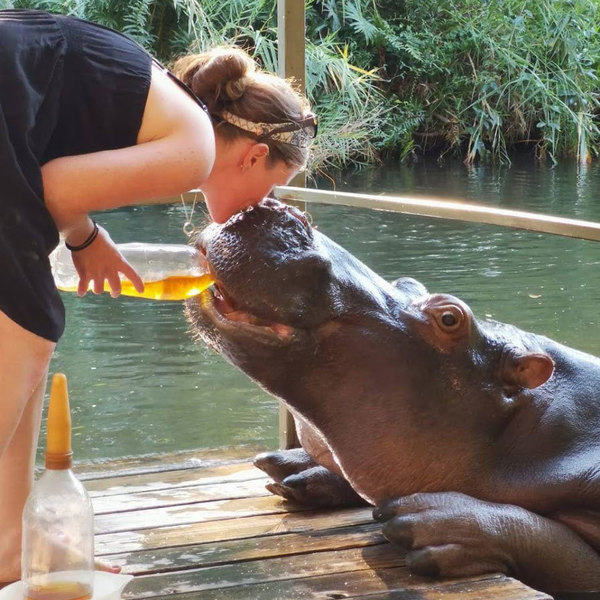 Stone in South Africa, where she began working in consulting in 2015.

Stone eventually migrated to the breaking news wire service for Ria Novosti, a state-owned Russian news agency, where she covered a multitude of topics, ranging from political protests and terrorism to the Sochi Olympics and Moscow mayoral elections.

“It was a really interesting time,” she said. “Despite it being a state-owned news agency, we had complete freedom to write whatever we wanted, with whatever angle.”

But when the war in Ukraine started, the Russian government “liquidated the agency and created what was essentially a propaganda machine in its place,” Stone said. She, along with most of the staff, left the organization.

After a move to Cape Town in 2015, she began working for S-RM. In her current position, as in all of her professional roles, Stone has continued to build upon the foundational skills she developed at Notre Dame.

“Arts and Letters puts you in a variety of situations where you learn to manage your time and get along well with people, and you’re going to take those skills to the workplace and interact better with your managers and your peers,” she said. “And it gives you the freedom to learn the specifics of a job while drawing on those core skills.”

For now, Stone plans to stay with S-RM, but if the urge to travel strikes her again or she just wants a change, she knows she can lean on her liberal arts background.

“The beauty of a Notre Dame Arts and Letters education is that I’ve really developed a wide variety of skills,” she said. “If I wanted to leave this profession and go back to journalism, say, or try something different, I would really be well prepared to do that.”

“Arts and Letters puts you in a variety of situations where you learn to manage your time and get along well with people, and you’re going to take those skills to the workplace and interact better with your managers and your peers.”

Originally published by Jack Rooney at al.nd.edu on November 06, 2019.