Walls, in the conventional wisdom, control populations. In a prime example, East Germany sealed its border with the Berlin Wall. Yet, between 1961 and 1989 almost 600,000 people left the GDR. Despite criminalization of emigration and even applying for permission, prospective emigrants forced the state to let them go.

Migration policy, it turned out, could not be practiced at the border, but as a long process of negotiation between the state, migrants, and international contacts. In the end, the Berlin Wall provided an illusion of control, an illusion that eventually lead to the state’s collapse. 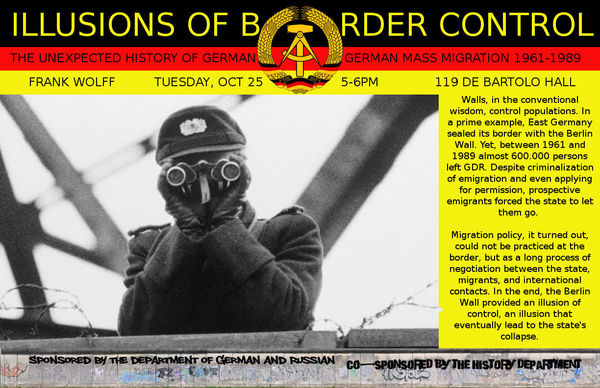