Marijeta Bozovic is Assistant Professor of Slavic Languages and Literatures at Yale University, and the author of Nabokov’s Canon: From Onegin to Ada (forthcoming with Northwestern University Press). Her second book project, Avant-Garde Post– : Radical Poetics After the Soviet Union, examines the recent resurgence of politically engaged poetic practices in Moscow and St. Petersburg. Linking poets like Kirill Medvedev and Dmitry Golynko to the historical avant-gardes of the 1910s and 1920s, on the one hand, and Western influences such as Charles Bukowski and the American L-A-N-G-U-A-G-E school, on the other, Prof. Bozovic will shed light on the experiments and dreams of futurity of the contemporary Russian neo-avant-garde. 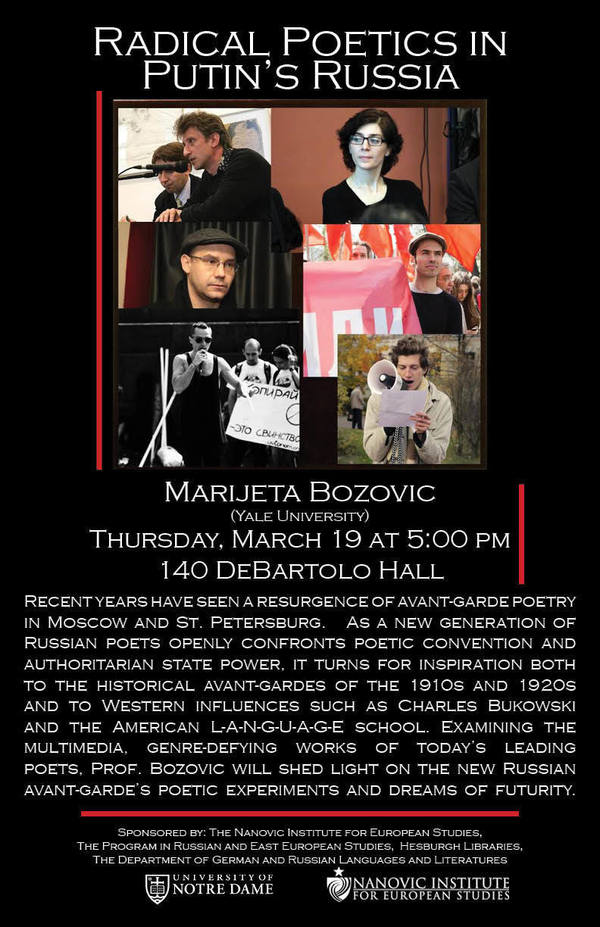